The death toll in wildfires sweeping California has risen to 31, with more than 200 people still missing, officials have said.

Six more people were confirmed killed in the Camp Fire in the north of the state, taking the toll there to 29.

That fire now equals the deadliest on record in California – the 1933 Griffith Park disaster in Los Angeles.

In the south, the Woolsey Fire has claimed two lives as it damaged beach resorts including Malibu.

An estimated 250,000 people have been forced to flee their homes to avoid three major blazes in the state. 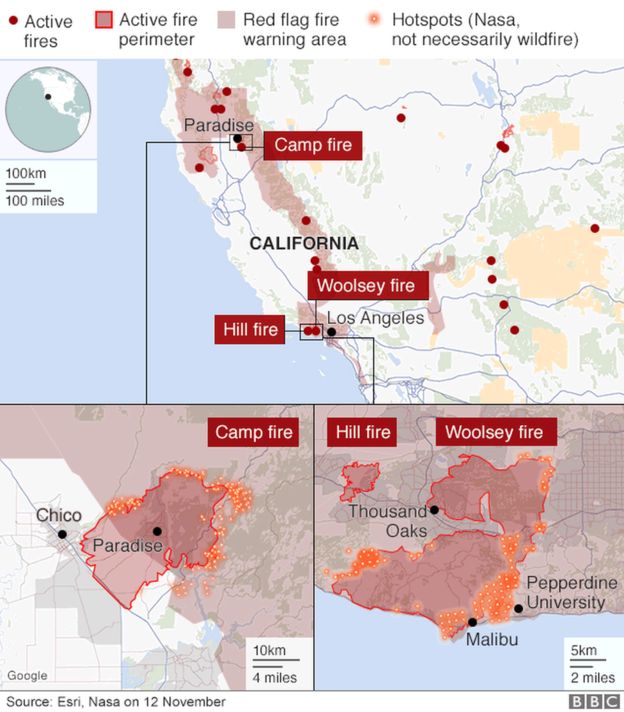